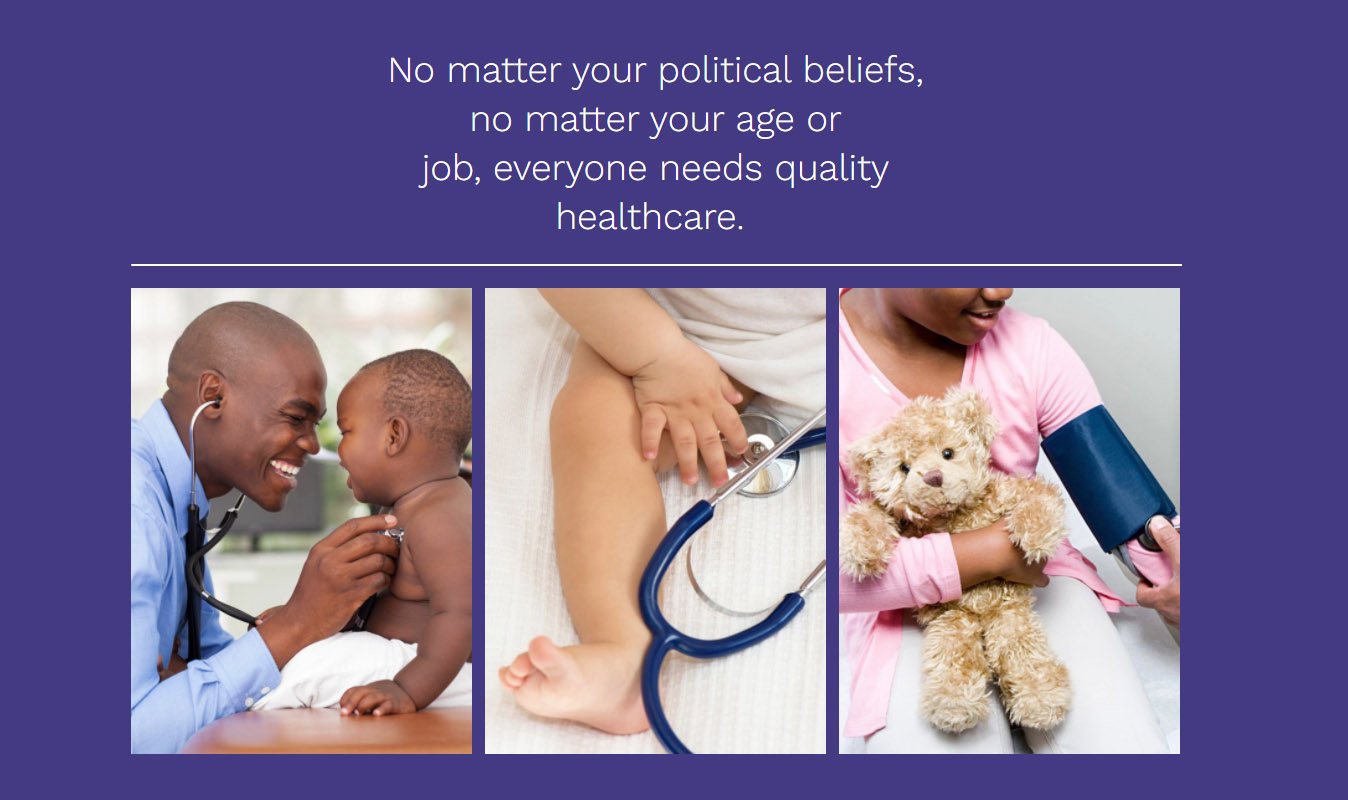 Last summer during my trip to Washington DC to participate in the March for Medicare for All I took the time to meet with two of the Congressmen who represent my state of Utah in the US House of Representatives.  Both of these men are Republicans, of course, since Utah is probably the most Republican state in the Union.  These two conversations were different in some ways.  Both men had taken some time to read portions of my book, The Purple World: Healing the Harm in American Health Care.  One of the two was quite critical of the book, doubting most of the assertions that I made therein that US patients suffer under a health care system that provides mediocre quality at a ridiculously high price.  The other Congressman was more friendly to the idea that American health care needed attention.  But what was the same was that both men aligned themselves with the politics of health system reform, and not its necessity or the facts of health system failure.  Both knew inherently that what I had to say was contrary to the interests of the medical industrial complex, that group of for-profit corporate interests that own and operate American health care delivery.  Neither of these two Congressmen were interested in taking on the corporate health care complex because that is the largest source of campaign funds and lobbying might.

Given that I knew I was talking with Republicans, I did not approach those meetings expecting to persuade either Congressman to endorse single payer health system reform, America’s only option for improving our care.  Rather, I asked them to consider backing HR 3775 The State Based Universal Health Care Act, which is legislation intended to allow states to make comprehensive, sustainable health system reforms.  This bill has the backing of some progressive members of the US House of Representatives.  I asked each of these two men to consider becoming the first republican sponsor of the bill and move the legislation towards a hearing.  But here again, politics became the guiding sentiment for each of these Congressmen. They did not trust progressive members of Congress to offer legislation that was worthy of their attention, even if, in principle, each agreed that states should be where health system reform should happen.

Over my thirty years of health system reform advocacy, I have met with dozens of state and federal legislators and their staff members, offered testimony before many legislative committees in Nevada, Colorado, and Utah, and spoken to both democrat and republican platform committees, delegates, and interest groups.  The results of these many encounters have been no different than this recent experience in Washington DC.  Politics, meaning the alignment with party and special interests, is more important to elected officials than any human experience or set of facts.  Those of us who are trying to change how Americans do health care business must recognize that health system reform is about POLITICS.  No amount of education or marching to the draw attention to the plight of American patients will change the grip of the medical industrial complex on business as usual in American health care.  Health system reform is first and foremost a very heavy political lift, meaning it is a power grab, meaning someone’s ox must be gored.  Members of Congress must come to learn that we mean business and that we are coming after their seats if they don’t help make the changes necessary.  We must pick political fights and win them.

To that end I announce the formation of a new Super PAC, or political action committee, which will be called The American Health Security Project.  I am joined on the steering committee of this new PAC by Lisa Theobald, Laura Fielding, and Georgia Davenport.  Together we are building a political platform for a grass roots effort to hammer home the message first articulated in Congress by the late Sen. John McCain. In 2017, after he received the diagnosis of terminal brain cancer, he returned to Congress to vote on the ‘skinny’ repeal of Obamacare, which meant repeal but not replace.  Republicans, then holding a slim majority in the United States Senate, had waited for his return before scheduling the vote, because two Republican Senators, Lisa Murkowski (R-AK) and Susan Collins (R-ME), had already declared their intent to vote against the “skinny” reform measure. But, if McCain voted for it, a fifty-fifty tie could be realized, which would then be broken in favor of passage by Vice-President Mike Pence. With the voting held open on the Senate floor, Sen. McCain was personally lobbied by Mr. Pence and then took a call from Pres. Trump in the cloakroom of the Senate. Despite those efforts, he returned to the floor of the Senate and voted against the bill, later stating:

Our healthcare insurance system is a mess. We all know it, those who support Obamacare and those who oppose it. Something has to be done. We Republicans have looked for a way to end it and replace it with something else without paying a terrible political price. We haven’t found it yet. . . . The Obama administration and congressional Democrats shouldn’t have forced through Congress without any opposition support a social and economic change as massive as Obamacare. And we shouldn’t do the same with ours.

That will be the message of the American Health Security Project.  American health care is a mess.  Everyone knows it.  Something beyond partisanship must be done about that mess.  Politicians who support partisan measures, like Obamacare and its skinny repeal are putting politics ahead of patient care. The American Health Security Project will hammer home the message that patients must come first, and members of Congress must join John McCain in voting for what is right, not what is politically partisan and expedient.

All Americans are health insecure.  None of us know whether members of our families will have the funding and care that might be needed to save lives and livelihoods.  Democrats and Republicans alike have been successfully exploiting our health insecurities as the means to drive us apart from each other, divide us, and then win elections which allow each party in turn to govern us with force and harshness, denying us the care that we need.  It is time to stop placing our time, efforts, and resources at the behest of either major political party, when what we get in return is the indifference and posturing that I have seen on Capitol Hill for thirty years.

I invite all Americans to change political habits.  If you routinely identify with either major party in the United States, instead of helping them, from now on bring the dollars and the doing that you usually donate to candidates and political causes to The American Health Security Project.  We will swamp social media with the political speech that explains how horrible health insecurity is for all of us and articulates what we can do to make better, simpler and therefore cheaper care available to all Americans with no payments at the point of service.  We Americans are taxing ourselves more for health care than do the citizens of any other nation, but Republican and Democratic politicians alike are giving these public resources away to the medical industrial complex at the expense of our patients and our families. The American Health Security Project will fund the state level ballot initiatives across the nation which will revolutionize health care in our country.  Together we can identify the particular politicians, red or blue, who stand in the way of real and sustainable health system reform, and, with the means of a grass roots Super PAC, oust them.  Unseating even one member of Congress because of his/her failure to protect patients will dramatically change the deportment of all the rest.

You can find The American Health Security Project online at https://americanhealthsecurityproject.org/. Take time today to go to that website and make a pledge of whatever time and fiscal resources you can spare to join us in pursuit of the massive political change that is needed to protect our patients.  Once we have enough pledges to pay the expenses of the PAC for one year, we will ask you to convert the pledges to actual donations and we will file the required documents and officially create the political action committee. We will not accept donations from corporations.  We will do our business as a grass roots organization, with open disclosure of how many donors and the total amounts received.  We will not be partisan but with the help of our donors, we will pick political fights and oppose those who harm our patients.

I’m tired of going to Congress, hat in hand, and begging for crumbs and receiving indifference or scorn.  From now on, whatever funds I have to donate to American politics will go to The American Health Security Project, where I will join you in forging the hammer that will build consensus around caring for all Americans.